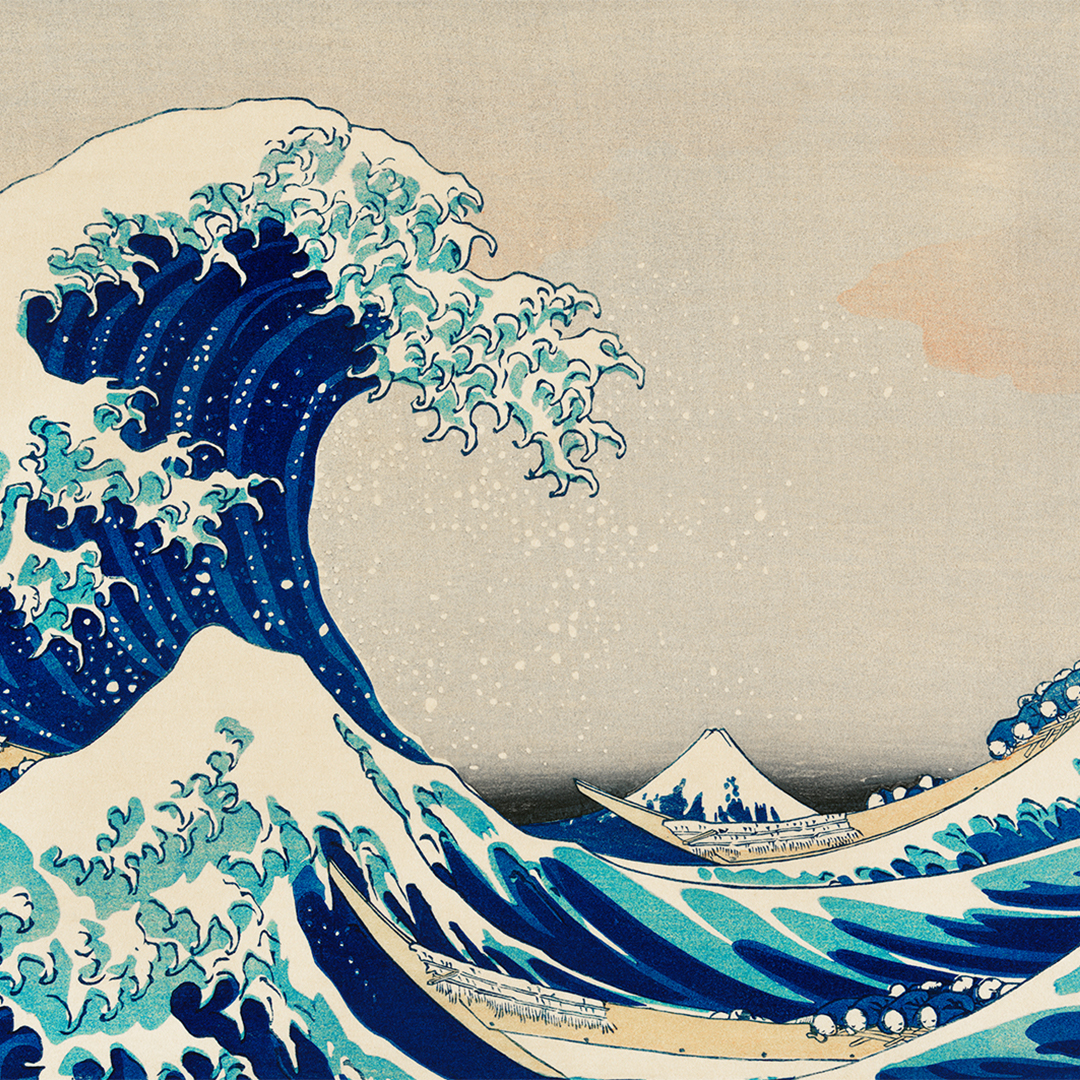 Katsushika Hokusai: The founder of manga

By Sebastian Lochbronner21 June 2021No Comments

Katsushika Hokusai is one of the most famous artists from Japan.. The son of a well-known mirror manufacturer, he began painting at the age of six. At the age of 14 he applied for an apprenticeship to learn the art of carving. 4 years later he was allowed to change to the studio of Katsukawa Shunsho, who was the japanese art of the woodblock ukiyo-e dominated. 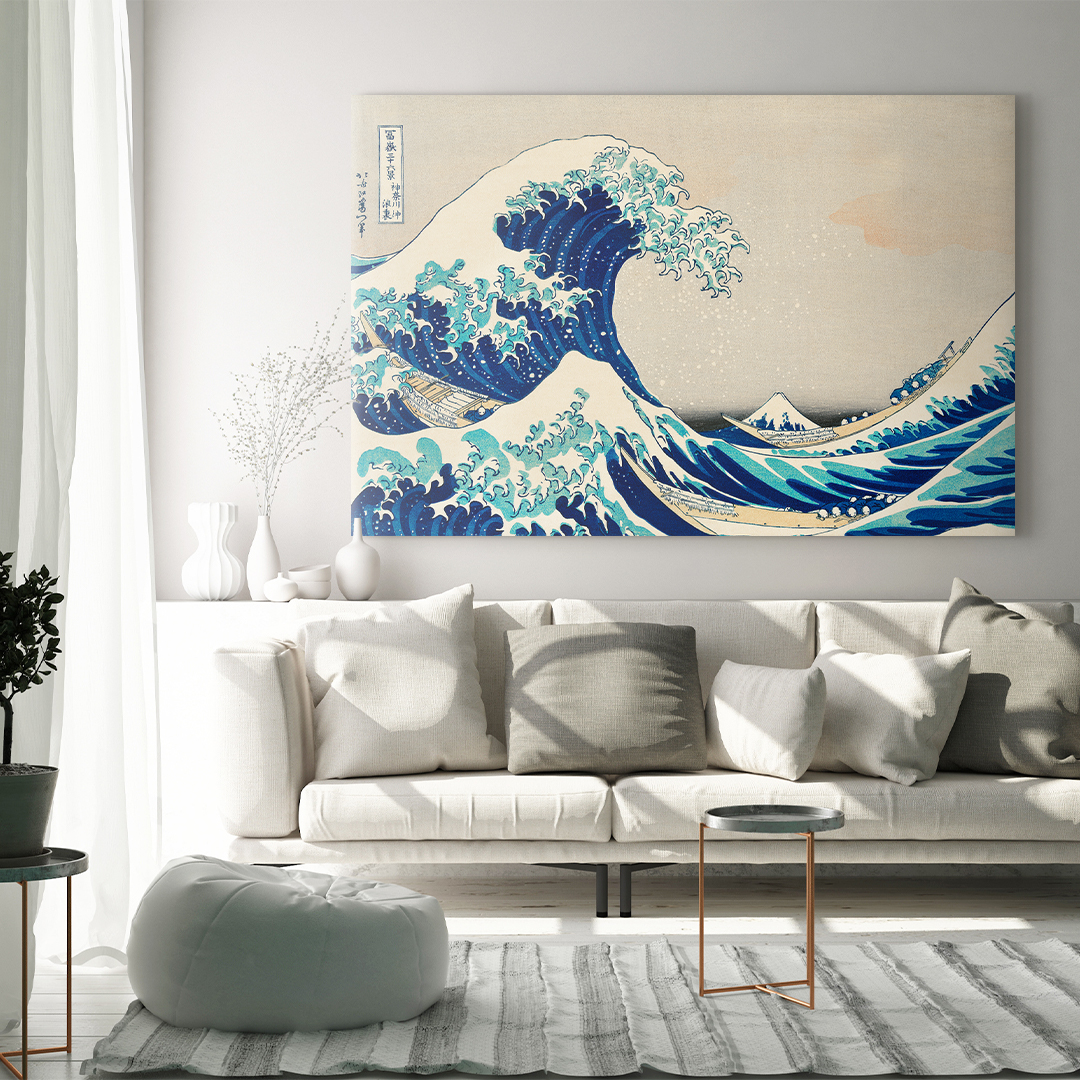 These color prints traditionally depicted mainly famous actors of the theater and popular landscapes. This type of print originated in Japan in the 2nd half of the 18th century and continues to this day almost exclusively by Japanese artists.

Katsushika Hokusai began very early to experiment with different forms of art, which were more common in Europe at that time. He then became known as a painter with his paintings about the everyday life of the Japanese people and his landscape drawings. His often unconventional style was evident, for example, in a portrait of a Buddhist monk over 2 meters tall, which he is said to have created with brooms and inkwells. 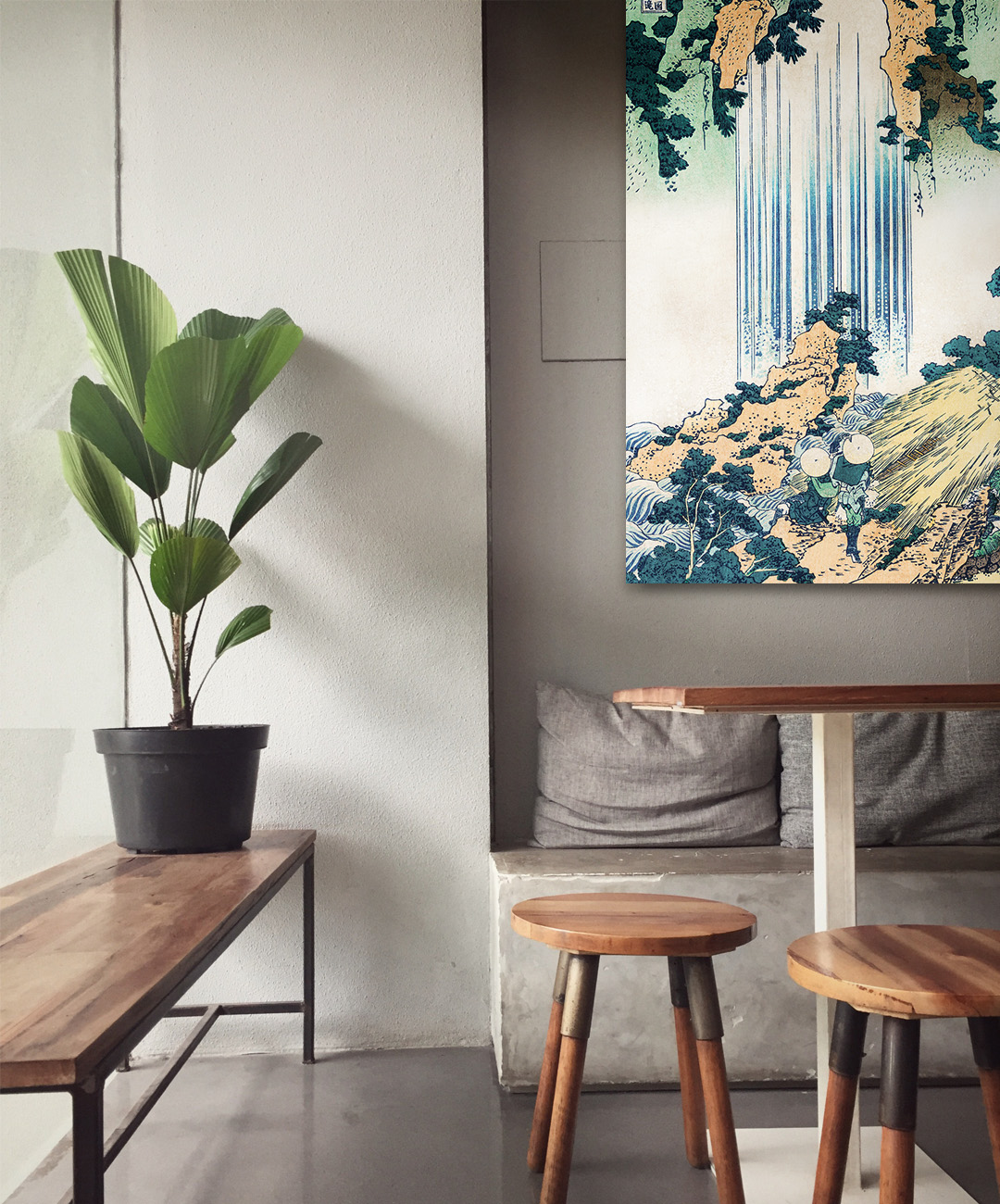 During an engagement at the court of Shogun Ienari, he designed new art forms and taught them to interested art students. During these years he also began to create illustrated books. This kind of representation was a first form of our today's comics. Hokusai thus popularized the term manga, which is still used today for Japanese comics. His manga sketches were published in 1814-1815 in 15 volumes. Hokusai was appreciated for these mangas in Japan during his lifetime. Abroad, these became known only long after his death.

Today, however, this artist is best known for his ukiyo-e print series "36 Views of Mount Fuji". Each image in this series shows the impressive mountain peak from a different angle and in a different setting. In many parts of Japan, Mount Fuji (the highest peak in Japan) is revered by a fan base and considered sacred.

His inspiration for the series around Mount Fuji is grounded in Hokusai's religious beliefs. A faith group of Buddhism placed eternal life at the center. And it was precisely for this that Mount Fuji stood as a popular symbol of immortality. In his depiction of the 36 views of this mountain, "The Great Wave off Kanagawa" is the most famous painting, which we also offer in our vallery store..

In the two-dimensional image, a wave rears up gigantically and the spray looks like fingers trying to grab the fishing boat. What is easily overlooked at first glance is the snow-covered Mount Fuji in the background.

A few years before his death, a fire destroyed the studio with a large part of his works in 1839. In his life, Hokusai changed his name 30 times, was often on the road and visited many teachers and schools. The most appropriate name for him was probably Gakyojjin ("crazy about painting").

In Europe, Hokusai found many followers after his death, he inspired artists such as Paul Gaugin, van Gogh or Gustav Klimt and promoted Japonism at the end of the 19th century, i.e. the interest in Japanese culture and its influence on art and arts and crafts.

Since it is a woodblock print that was printed between 1829 and 1832, the "Great Wave of Kanagawa" can be admired in many museums around the world. The Metropolitan Museum in New York, the British Museum in London or even Melbourne's National Gallery of Vicoria can display a print from the series. It is estimated that between 5000 and 8000 prints were made. However, the quality has increasingly suffered greatly as the wooden blocks used to print the inks have broken in the course of processing. Thus, the better the quality of a print, the older it is.

And with us you can also call a copy in best quality your own and admire it in your rooms.

Some of our art prints from Katsushika Hokusai