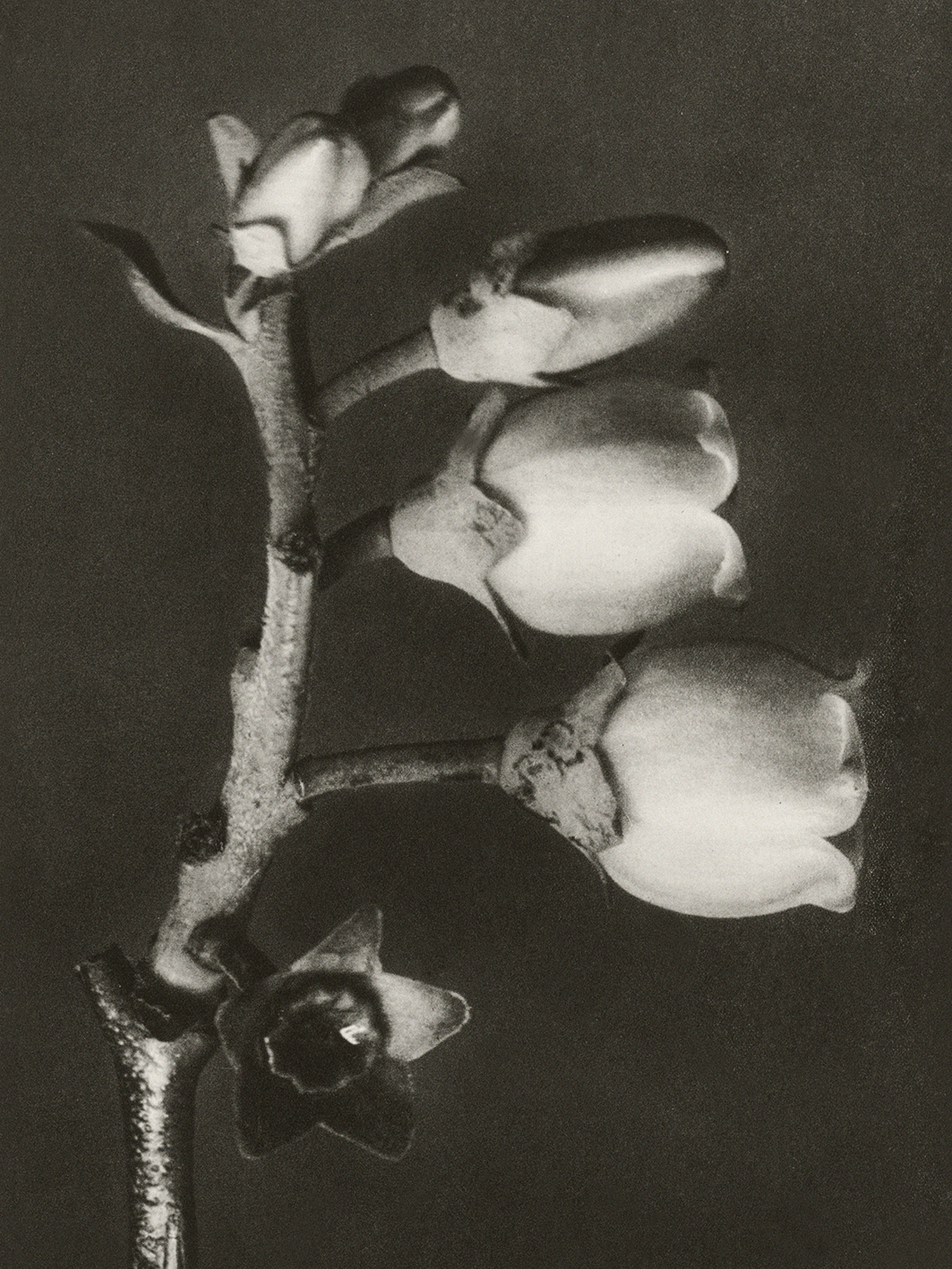 By Sebastian Lochbronner17 May 2021No Comments

Actually, Karl Blossfeldt "only" wanted to show close-ups of parts of plants he had prepared.

He himself would probably have least believed that he would one day achieve world fame with his strictly formal plant illustrations.

What is impressive in Blossfeldt's pictures is how individual plant details seemingly detached from their actual plant take on new forms. For example, a fern that has been enlarged many times looks more like a bishop's crook, or parts of flowers like the elaborate tips of an iron gate. And this is precisely what makes Blossfeldt's  emphasized matter-of-fact, almost graphic Recording style so unique. 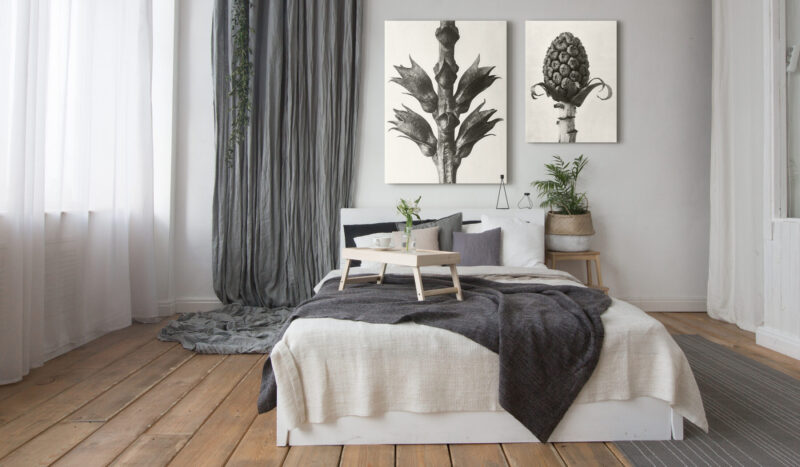 Blossfeldt was an enthusiast for plants rather than a professional photographer. He meticulously discovered and catalogued graphic details. His techniqueHe placed the plant centrally in the picture in front of a neutral light or dark background. It was important to him to set the scene for the form and structure of the plant. The form and not the beauty of the plant is the focus. Since these sober forms are reminiscent of architectural ornaments, however, this makes these photos again beautiful and impressive for us as viewers.

For photography and plant enthusiasts

Today, his pictures are just as interesting for plant lovers and hobby gardeners as they are for fans of exceptional photographic art. Blossfeldt is one of the most important pioneers of 20th century artistic photography. He shaped the New Objectivity, a style of photography committed to a strictly objective visual language. Photographs were not intended to tell a story, but to depict the world soberly and objectively. 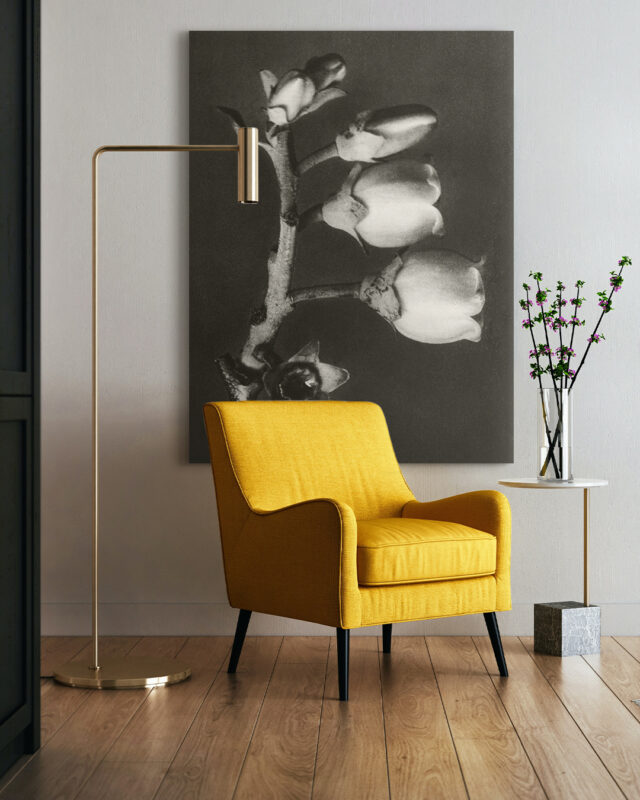 Blossfeldt was not a trained photographer. After an apprenticeship as an art founder, he studied at the Unterrichtsanstalt des Königlichen Kunstgewerbemuseums in Berlin (now the Universität der Künste). From 1898 he was also a lecturer there, when a former teacher set up the subject "Modelling from living plants" especially for him. It was at this time that Blossfeldt also began to photographically record plants and plant parts. Until the end of his life, he worked on a collection of plant photographs that remains unique to this day.

Blossfeldt sought detailed documentation of the natural forms and structures of plants. He made use of photomechanical means of enlargement. Such enlargements had hitherto only been made by drawing. Blossfeldt was therefore looking for a new method, as he criticized the subjective influence of the artist in drawings. He advocated the point of view that an objective representation of plants was only possible through photographic enlargement. Drawing representations, on the other hand, were for him artistically deformed adaptations. He photographed plants with a shapeless, self-made plate camera on a scale of 1:1 and then made image sections from them with a magnification of 12 to 45 times. The plants were placed on an emulsified glass plate to be photographed, and dried plants were put into plasticine. 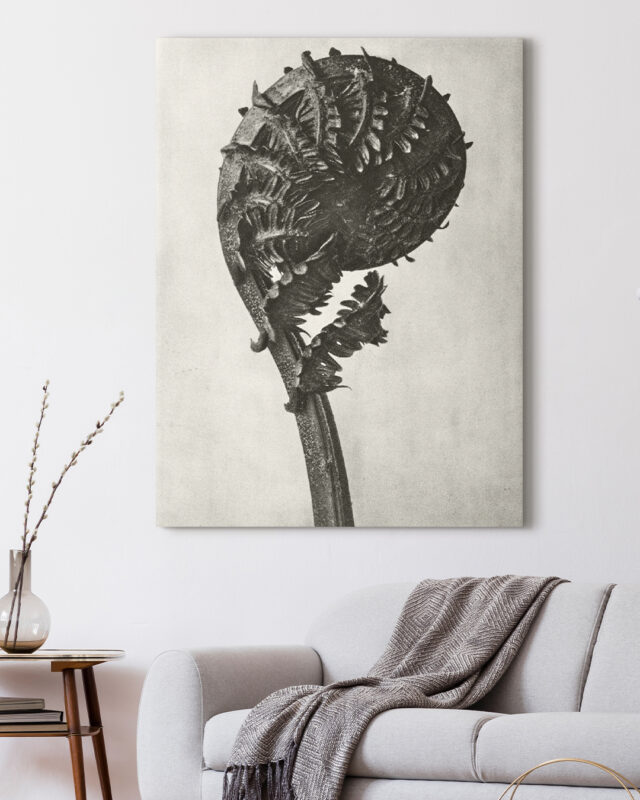 It is also interesting that Blossfeldt did not see himself as a photographer. He was just looking for what he thought was a suitable representation to provide to his students. Without any photographic training, he acquired all the skill as an autodidact.

For him, his photos were pure teaching material, but not an artistic achievement. The photos were projected on the wall in class for his students and served as models for drawing exercises. His book "Urformen der Kunst", for him only a textbook, became a great success in the 1920s, today it is even considered a milestone in the history of photo books.

Today we admire and appreciate his photographs and are happy to be able to look at his pictures in our living rooms at home, if we are not visiting the Pinakothek in Munich.

Some of our art prints by Karl Blossfeldt